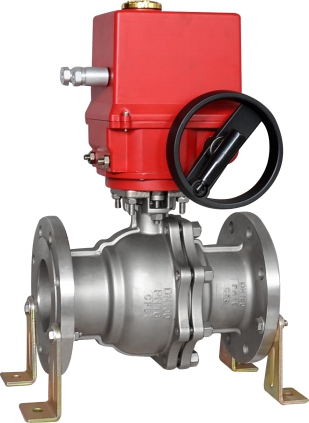 Fourth, the use of Electric valve actuator:

Analog adjustment for pipe media flow in liquid, gas and wind systems is AI control. In the control of large valves and wind systems, electric valves can also be used for two-position switch control. There can be AI feedback signals, which can be controlled by DO or AO, and are found in large pipes and dampers.